“My recurring thought is that Ghana’s private sector is slowly making a transition from an older generation to the next, and Ghanaian-owned companies like FON Group are falling into hands as steady as Emmanuel’s. This country will do just fine.”
byFui Can-Tamakloe
7 minute read
Total
0
Shares
0
0
0
FacebookTwitter

A Look at Second-Generation Management with Emmanuel Osei Ntim

Arriving at the Vida e Caffè on Oxford Street, it is immediately apparent that Accra, and Ghana by large, is waiting on big news. It’s 3.56pm on December 8, a day after Ghanaians went to the polls to elect a new president, or keep an old one. We are one hour away from the deadline given by the Electoral Commission for the declaration of the winner of the election. Climbing up the stairs to the café’s al fresco rooftop, I shoot a text to my 4pm appointment to alert them of my arrival. As I make myself comfortable, I notice that the only other gentleman present is staring at me. He waves.

“Are you Fui?” he asks. My 4pm appointment has been waiting for me. Before meeting with me, Emmanuel Osei Ntim, my appointment, had been a few kilometres away in the South Industrial Area on business. It’s rush hour. I had come expecting to wait for a while, but there he was. After brief introductions, a waiter appears to take our order. “I already know what to get,” Emmanuel says smiling. “Get us two bottles of very cold Club.”

In Accra, there’s a perception that businesses tend not to survive beyond their first-generation of owners. People chalk this up to a myriad of problems like prodigal next-generation owners, and sabotage by first-generation owners who are unwilling to recuse themselves from the operations of their business. Some also point to the Jerry John Rawlings era, where a lot of Ghanaian- owned enterprises were co-opted by the military junta in what some describe as a people’s revolution, and others as tyrannical rule. Majority of the local businesses that are able to hand down ownership from generation to generation are owned by Ghanaian families that can trace their roots to Lebanon, Syria, and India. While generational wealth does exist, continuity in business owned by aborigine Ghanaians seems rare. It is in this climate that Mr and Mrs Osafo Ntim, Emmanuel’s parents, started the FON Group of Companies. What began as a regular trading business in Tudu, the heart of the Central Business District of Accra, turned into a paper manufacturing company that has seen tremendous growth over the decades. FON, a brand that has been in operation since 1984, has become an integral part of Ghanaian consumer culture while managing to fly below the radar. Producing everything paper from toilet rolls, paper towels, exercise books, to box packaging, FON’s client base is diverse and its industrial reach wide.

Sitting across each other drinking our beers, Emmanuel recounts what it was like growing up in the Ntim household. He shares stories about how he grew up without knowing he was from money, saying that it was because of his parents’ firmness that he and his three brothers did not grow up spoiled.

“We had a dedicated driver who would take us to the factory every day during summer breaks. And you weren’t going to just sit in an office, you were on the production floor. If the guys were packing tissue paper into bags or A4 paper into boxes, that’s what you were doing.” Emmanuel says, while holding on to his beer. “I hated it. I didn’t want to join the business. But until I moved back to Ghana, I didn’t know how rewarding that was, because I already understood the business. It helped me acclimatise to the staff who had been there for long. I wasn’t your typical boss’s son who was in the office and out by 5pm. I kind of appreciate that experience now.”

Emmanuel is the first of four Ntim sons. The uniqueness of the Ntim brothers lies in the fact that all four boys are currently fully involved in the day-to-day operations and growth of the company. And grow the company has. With an initial factory built in the South Industrial Area, FON’s operations have expanded to three factories. One more, Emmanuel jokes, and each son will have their own factory.

“The main reason my parents fell in love with building factories is because they realised, they had four sons. In this day and age, what are you going to leave your kids? They wanted to make sure their boys didn’t move out of Ghana. You can’t really complain about Ghana if you are not in Ghana to build it up.”

FON products have become household items without many Ghanaians knowing that the products are made in Ghana by a Ghanaian-owned business. For someone like me, I found out Fontissue, a staple toilet paper brand in Accra, was actually made in Accra only by doing research for this article. Emmanuel laughs at this. Quality is something that the FON brand does not take for granted.

“We are in touch with the best suppliers in the business. The quality of Fontissue and Adepa is equal to, or even better than, products in the European and American markets. Kimberly Clark’s [a top American paper manufacturing company] suppliers are our suppliers. We use the same machines they use.”

By twenty-three, Emmanuel was involved in the management of his parents’ company. Now thirty, Emmanuel spearheads one of FON Group’s subsidiaries, FON Packaging, as General Manager. A position he has held since the subsidiary’s inception in 2014. This company, he tells me, came about as a result of his father’s decision to reduce reliance on imported packaging, as well as expand to cover a new market. The idea began to materialise just as he was done with Bryant University, a well-known university situated in America’s Rhode Island. And, as he had done most of his life, Emmanuel had to hit the ground running.

“I graduated university, the next day I was on a plane back to Ghana, I arrived, and the following day I started work. No break,” he says. After that, he took charge of the plans for the new company. It took a while for the plans to be executed, a period in which he even had to spend two months in Taiwan learning about the industry. But before long, the new company was born. And since then, FON Packaging has done well. With clients like Nestle Ghana, Voltic, Coca-Cola, Accra Brewery Limited, Blow Group of Companies and many others, the company has consolidated a large percentage of Ghana’s packaging industry and hopes to capture more through competitive pricing.

As General Manager of FON Packaging, Emmanuel has had to wear many hats, and learn many new things. “I’ve always been very shy. I never saw myself at a point where I could talk to people. Now, I do my marketing myself. I hit the deep end and came up swimming. It felt like I had been growing into something I didn’t expect, and I always feel like I have my brothers looking up to me even if they don’t say it.”

As the conversation shifts to his younger brothers, Emmanuel demonstrates immense pride in them. He positively beams as we speak of them. “My brothers are also back in Ghana, and are doing tremendously well. One of my younger brothers developed the Adepa tissue brand two years ago, the design and everything, it’s fantastic. My brother right after me developed a plant for pharmaceutical packaging, what we call light packaging. My youngest brother is probably the smartest of all of us because he has a pretty good view. He sits back and sees what his brothers are, and he gets to pick the good parts. He gets to learn from all three of us, our advice and mistakes and all of that, so arguably I think he’s going to be greater than all of us.”

He talks optimistically about the future of the company with he and his brothers at the helm of affairs. “My goal for my brothers and I is that we are going to build up a generational business, and we’re going to be recognised as the leading producers of paper on the continent. Forget Europe or Asia, they’ve reached their peak. Africa is now. I’m so bent on developing this in Africa for people to know that European manufacturing efficiency can be achieved here.”

On our second bottle of Club each, the conversation becomes more honest. Emmanuel shares with me how being a second-generation manager of a family company isn’t always easy.

“It’s tough for Ghanaian parents to let go as well. Because if you’ve been working for thirty years, it’s not now that a young boy will come and show you how to do it. No matter how futuristic it looks, you still want to keep it simple,” he mused. But irrespective of differences between parents and sons, something that can be chalked under a generational gap, Emmanuel still holds his father and mother in the highest of regards. To him, they are the blueprint of a successful life that he wants to emulate.

“When I was younger, I would wake up at 5 am and that’s when my dad would be coming home from work. That’s the type of grind that we have in our family.” He also describes his parents as his motivation. “For me I’m faced with the fact that I’m actually watching them grow old before my eyes. I never thought that would happen. I see it as the responsibility of my brothers and I to create a system where they can relax and enjoy their retirement. They can be proud to say that they passed on the baton to the boys and they didn’t mess up.”

From his hesitancy to buy into the AfCFTA till it begins to run, to his supportive wife who he is completely enamoured by, our conversation spans across several topics. It comes to us as a surprise when we realise we’ve spent almost an hour talking. It’s time for us to end our conversation. As we part ways, I read a news alert saying that the announcement of the winner of the 2020 elections has been postponed. Rather than the worry that should have accompanied that message, I find myself surprisingly relaxed. In place of anxiety is confidence. My recurring thought is that Ghana’s private sector is slowly making a transition from an older generation to the next, and Ghanaian-owned companies like FON Group are falling into hands as steady as Emmanuel’s. This country will do just fine. 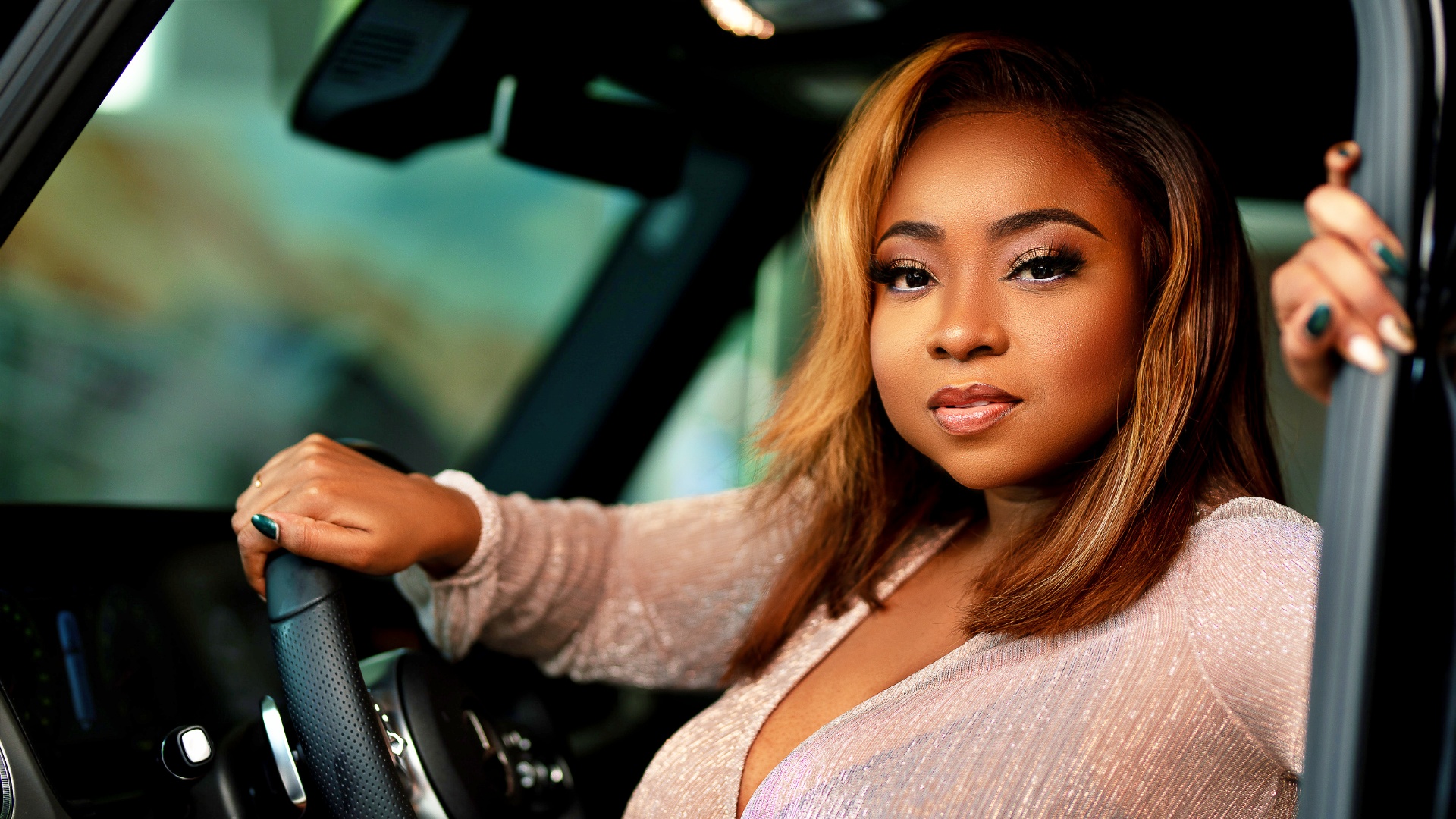 Part mantra and part warning, this quote from Lauryn Hill has illuminated 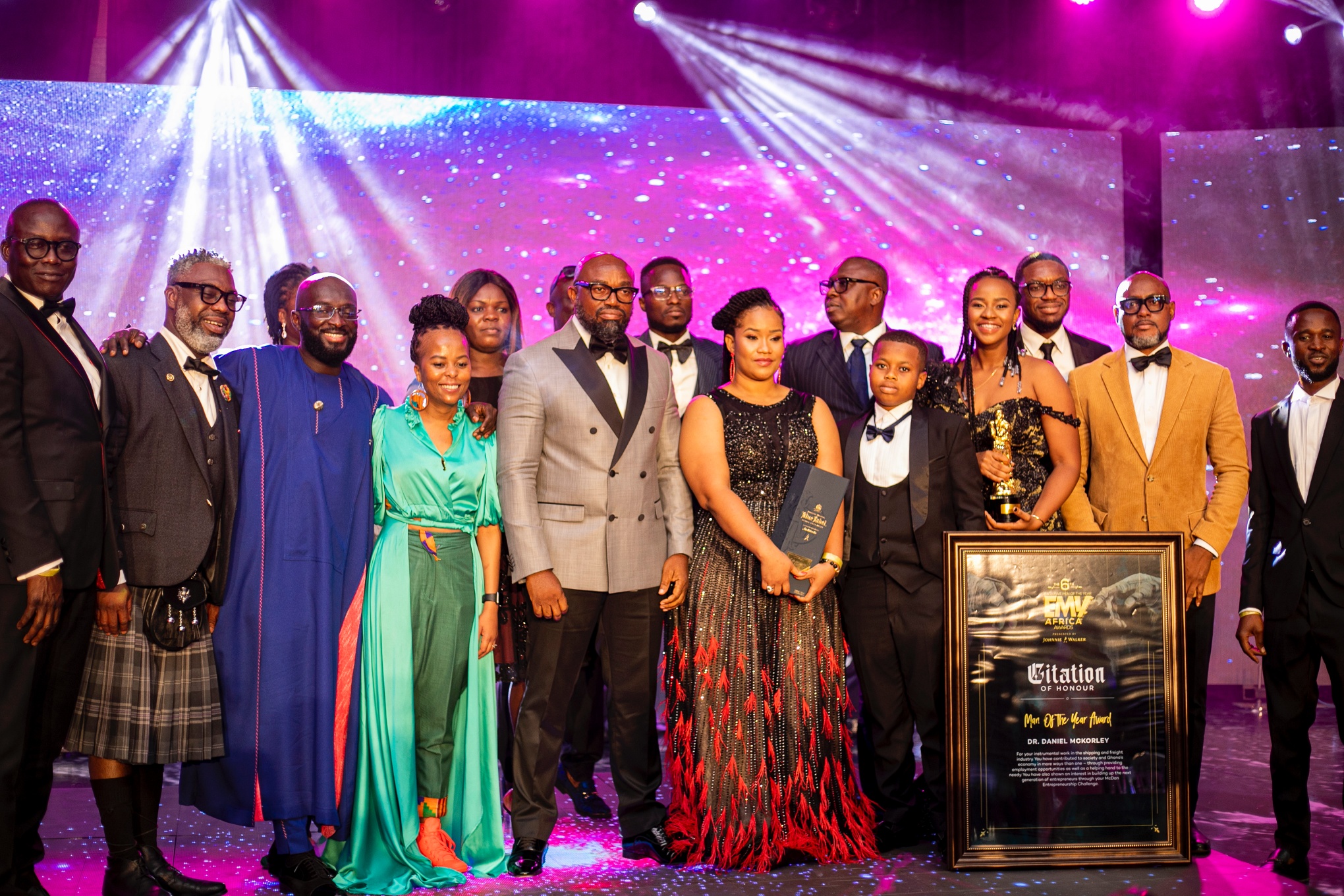 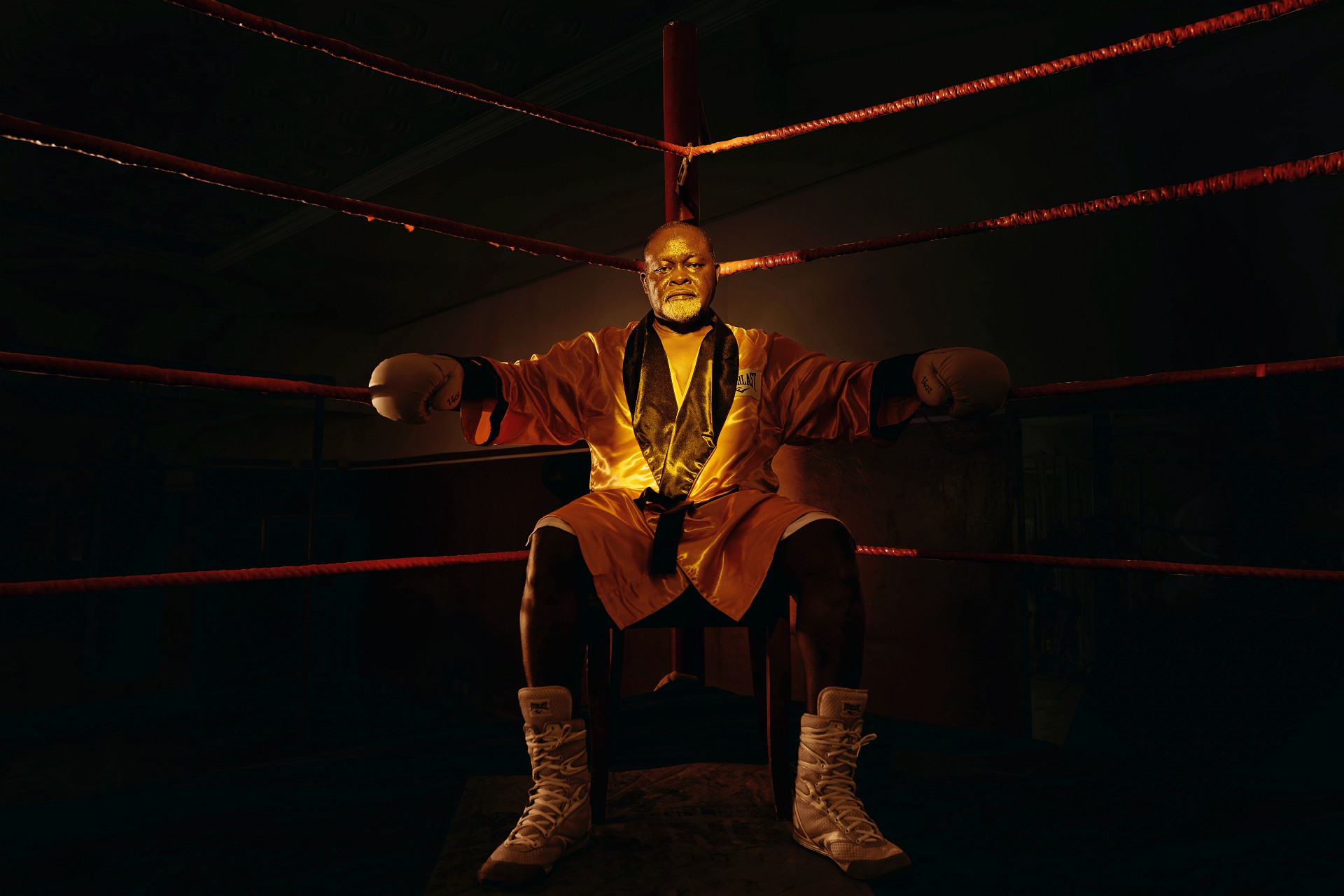 “Boxing wasn’t just something I did for a living 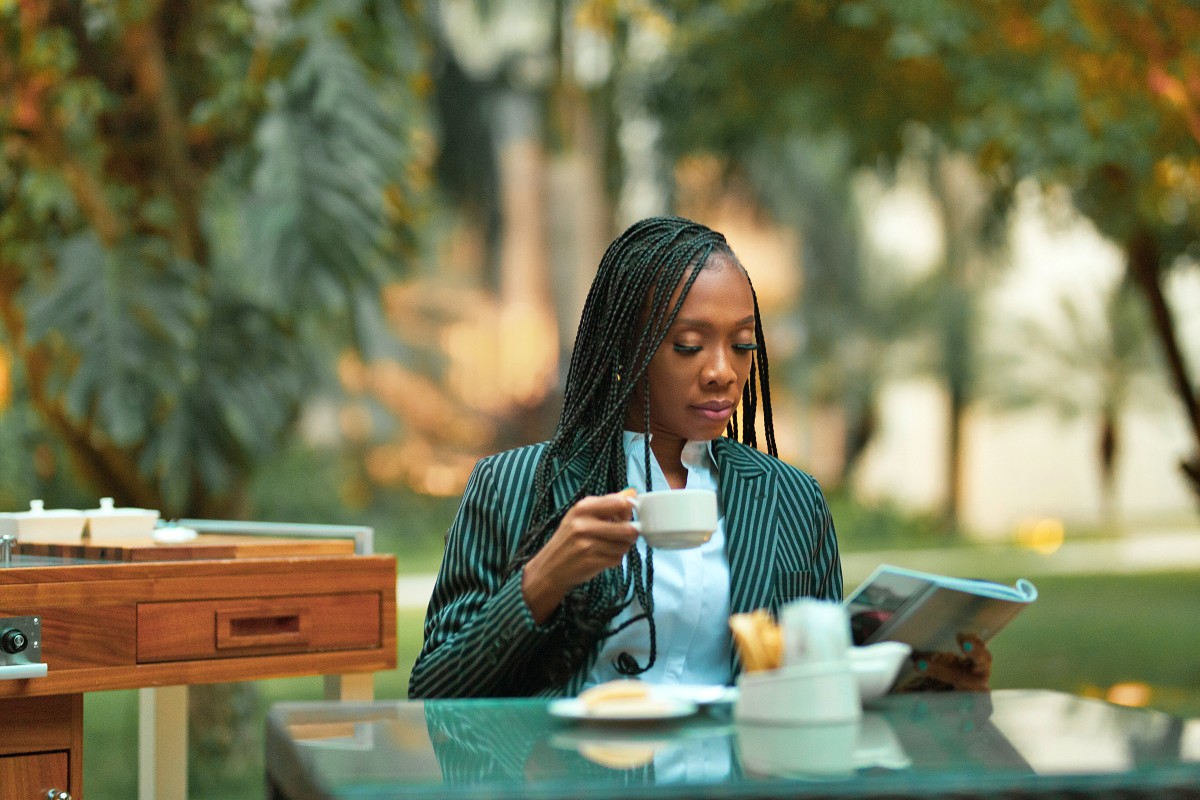 For Juliet Bawuah, putting in the work and making sacrifices to improve one day 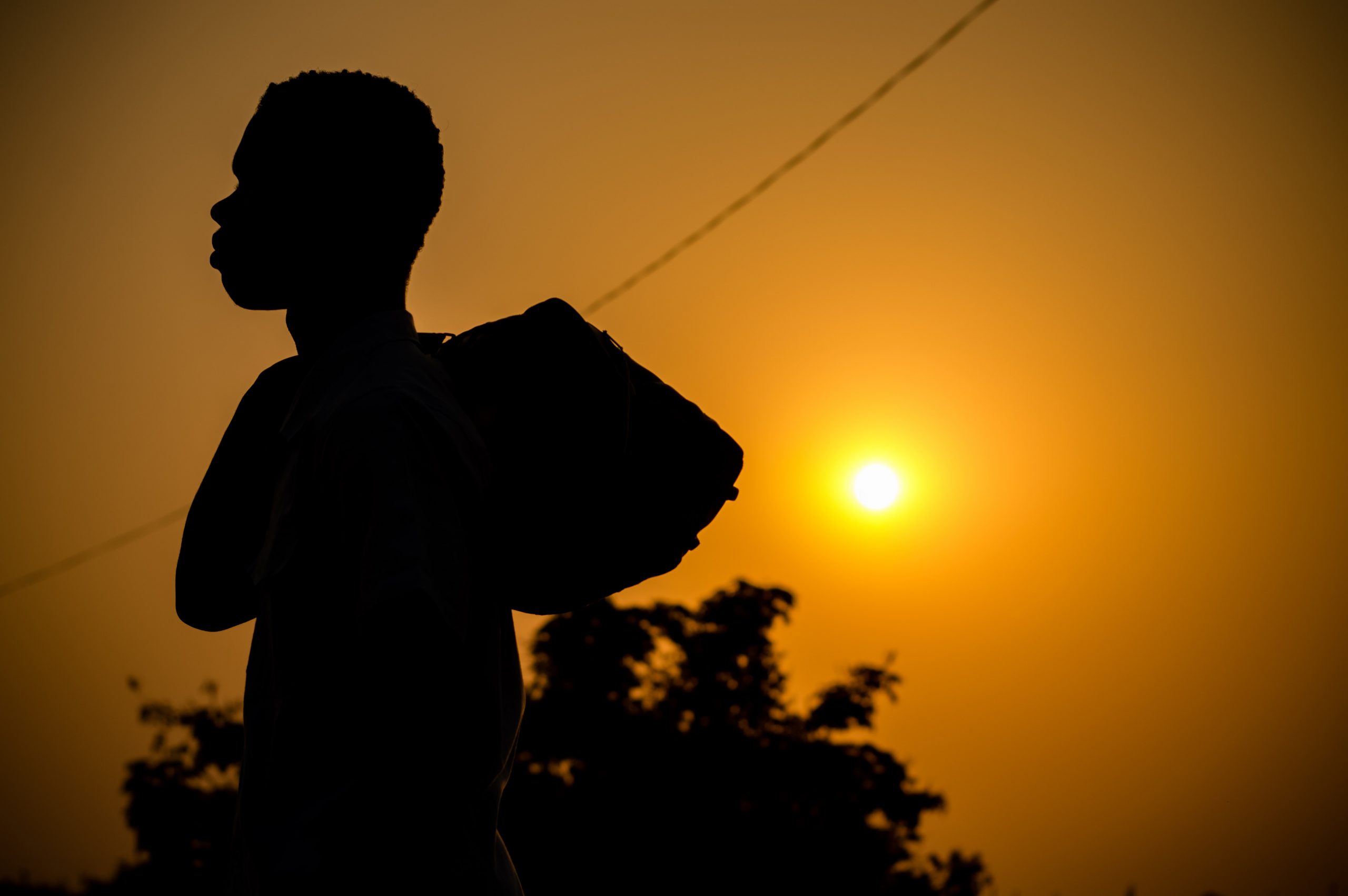 It’s time for government policy to cater to the youth, as much it does for