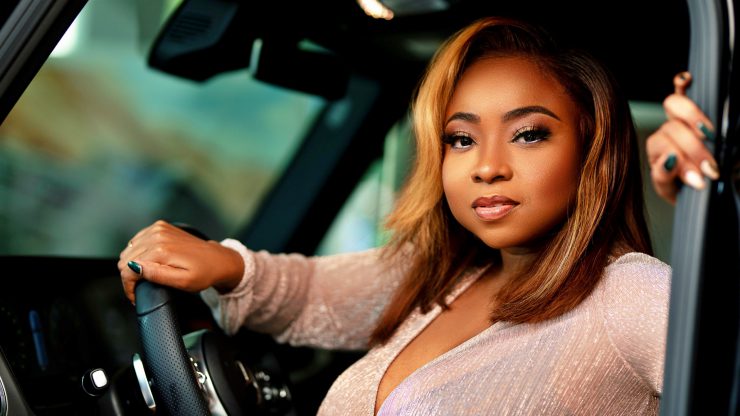 Part mantra and part warning, this quote from Lauryn Hill has illuminated Jessica Poku’s path to becoming the first female Country Manager for Uber Ghana. When we met for our interview in a sparsely lit, not-so-quiet lounge in East Airport, Jessica’s “gem-ness” quickly became apparent. She showed up right on time, glancing around the lobby to find her interviewer. From our introduction, I knew this would be a fun conversation. Jessica gave off an air of ease and poise. She carried herself with the confidence and self- assurance of someone at the top of their field, a serial winner.

But Jessica hasn’t always felt like a gem. When I asked her about a point in life when she failed, a grimace flashed across her face, almost like the memory was still painful to remember. She told me about the period immediately after she graduated from Duke University, with the weight of her family’s expectations squarely on her shoulders. The youngest of six children, Jessica had opportunities her older siblings could only dream of. While all her siblings counted Achimota School as their alma mater, Jessica attended SOS-Hermann Gmeiner International College, a highly selective prep school which positioned her to further her education abroad. Coupled with her degree from Duke University, a top 10 college in the US, Jessica’s family had major expectations for her.

But life had other plans. Jessica struggled to find a job after graduation, and spent half a year searching for a job in Chicago, where most of her family lives. When she finally found one, it was an entry-level PR role. “It’s painful to think about, but I felt like a loser when I graduated and I was working in PR. I had this expensive education and so much was expected of me, but my job could barely pay me enough to get from downtown Chicago to the house,” Jessica recalled. But to really grasp why this period was so hard for her, you need to understand a bit more about Jessica’s childhood.

Jessica grew up with her nose permanently affixed to a book (she still doesn’t know how to ride a bike). She was *that* kid. Her neighbourhood library had a generous 24-book weekly limit, but Jessica would regularly surpass it with ease and beg the librarians to let her read more. “I wanted to know what was in the 25th and 26th books,” she explained, laughing. Jessica discovered her flair for communication early. She could hold a conversation with people decades her senior, and would constantly ask them tough questions. This led to her being labeled mpanyinsɛm or precocious, depending on the person. Despite her bookish nature, Jessica was fiercely competitive. “I like to win, even when I lose in monopoly, I get emotional,” she shared. Jessica never knew what she wanted to be as a child (apparently, she still doesn’t), but with her talent and drive, everybody was sure she would be a star.

It was on the back of this great promise, and her strong head start at SOS-HGIC and Duke, that Jessica felt like such a failure after graduating. “It was a dark time in my life,” she explained, taking a sip of her cocktail. Something had to shift. And shift it did. Jessica moved back to Ghana in 2013 without a job, and in typical fashion for her, she started attending interviews the week she arrived. Her persistence quickly paid off, and she landed a job at Ogilvy, an international branding agency. It was finally a role where she could shine. The Ogilvy role, she added, reflected her commitment to excellence.

Describing her approach to work, Jessica stated emphatically “I never do things by halves. I have an all or nothing personality and I’m competitive, so I don’t roll with losers. We have to win together.” This hunger to succeed made Jessica a favourite with her clients, and things finally seemed to be falling into place.

Things didn’t stay that way for long. Pressure from Jessica’s family to take on a role that was more related to her minor in Economics and certification in Markets and Management drove her to pursue a career in banking. The job was markedly unfulfilling. Jessica initially dreamt of working in her bank’s Oil and Gas division, which was client-facing and brought in the lion’s share of revenue. Instead, she was placed in the Risk Management function. Still, the experience taught her something – to be at her best, she needed to work with clients. So she moved into a position at Google’s Project Link, now CSquared, where she met a mentor who made her realise that personality and professionalism could coexist. Explaining her boss’ impact, Jessica said “I feel like God put me in that role before I became country manager because I needed to watch another female country manager do it.”

Curious as to why that mattered so much, I asked her how being a woman impacted corporate leadership. She explained that “women are constantly torn between trying to be nice but not too nice. We have to straddle the fence between being respected and being liked.” She then added that young women caught in a dilemma between respectability and likeability should prioritise building trust instead by showing up consistently and delivering on expectations. It’s clear that seeing female representation in the highest office at her previous role gave Jessica an example to emulate and the confidence to step into her subsequent role at Uber as her full self.

At Uber, Jessica has certainly needed all of her abilities to thrive. Her role, which she describes as simply “making things better” has been anything but simple. Jessica can’t remember sleeping well since she got the job, and it makes sense. Uber’s product is available 24/7, and the fast-paced nature of the work has been taxing. But despite the challenges, Jessica is thriving. Reflecting on her learnings, she shared that “the role has taught me to be extremely calm under pressure. Things that would have freaked me out months ago, now are just a regular Tuesday.” Pressure makes diamonds, so it’s little wonder that Jessica is shining in the position. At this point, I was stressed on Jessica’s behalf, so I asked her what made her happy and relaxed. She rattled off a litany of things, most notably solitude, comedy shows, time with loved ones, hugs, ice cream, journaling, and most critically, rice and stew. Now breathing a bit easier after sharing happier thoughts, we discussed what was next for Jessica and what she saw as her legacy. After pausing to ponder the question, she mused about finally writing her book and in the long term, transitioning into a role that empowers her to use technology for good in Africa. Overall though, Jessica wants her legacy to reflect her values of generosity, loyalty and integrity. When all is said and done, she wants her career to “pull up others and create pathways for the next generation to follow.” Mother Theresa would be proud.

At the end of the day, Jessica Poku is a bundle of contradictions. She is simultaneously a lover of simple things and one who doesn’t skimp on the smallest of details. She is at once incredibly laid back and the fiercest of competitors. Amidst all these contrasts, one thing is certain – it may have taken some time, but Jessica has unearthed her inner gem.

Joojo Ocran loves writing and hates bios. When he’s not scribbling away, he can be found napping purposefully or walking his ​german shepherd Bailey. Joojo is an observer of life, and his stories uncover hidden truths in everyday situations. He dreams of playing with words full-time, and if you’d like to provide a small loan of a million dollars to make that happen (or just talk to Joojo), you can reach him on Twitter @Odomfoneba. 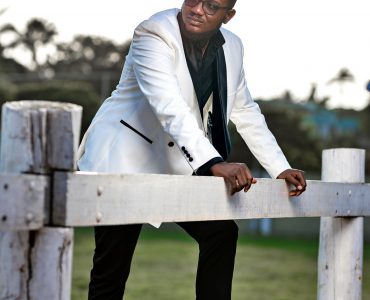 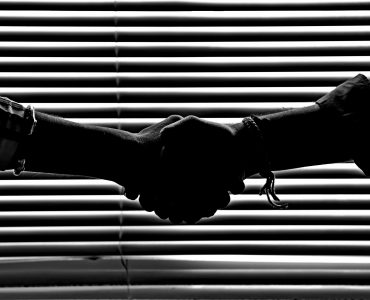